Matplotlib 1.2 is the first version to support Python 3.x, specifically Python 3.1 and 3.2. To make this happen in a reasonable way, we also had to drop support for Python versions earlier than 2.6.

This work was done by Michael Droettboom, the Cape Town Python Users' Group, many others and supported financially in part by the SAGE project.

The following GUI backends work under Python 3.x: Gtk3Cairo, Qt4Agg, TkAgg and MacOSX. The other GUI backends do not yet have adequate bindings for Python 3.x, but continue to work on Python 2.6 and 2.7, particularly the Qt and QtAgg backends (which have been deprecated). The non-GUI backends, such as PDF, PS and SVG, work on both Python 2.x and 3.x.

Features that depend on the Python Imaging Library, such as JPEG handling, do not work, since the version of PIL for Python 3.x is not sufficiently mature.

Peter Würtz wrote a backend that allows matplotlib to export figures as drawing commands for LaTeX. These can be processed by PdfLaTeX, XeLaTeX or LuaLaTeX using the PGF/TikZ package. Usage examples and documentation are found in Text rendering with XeLaTeX/LuaLaTeX via the pgf backend. 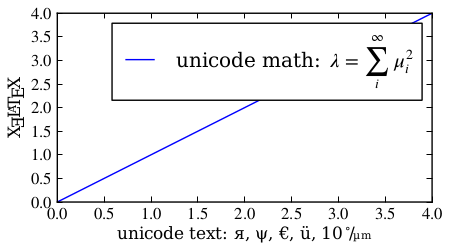 Philip Elson exposed the intelligence behind the tick Locator classes with a simple interface. For instance, to get no more than 5 sensible steps which span the values 10 and 19.5:

Control the lengths of colorbar extensions#

Andrew Dawson added a new keyword argument extendfrac to colorbar() to control the length of minimum and maximum colorbar extensions.

Two new defaults are available in the matplotlibrc configuration file: savefig.bbox, which can be set to 'standard' or 'tight', and savefig.pad_inches, which controls the bounding box padding.

Matthew Emmett added a function and a context manager to help manage RC parameters: rc_file() and rc_context. To load RC parameters from a file:

To temporarily use RC parameters:

The following dependencies that ship with matplotlib and are optionally installed alongside it have been updated:

Ian Thomas extended tripcolor() to allow one color value to be specified for each triangular face rather than for each point in a triangulation.

Phil Elson added support for hatching to contourf(), together with the ability to use a legend to identify contoured ranges.

Known issues in the matplotlib 1.2 release#